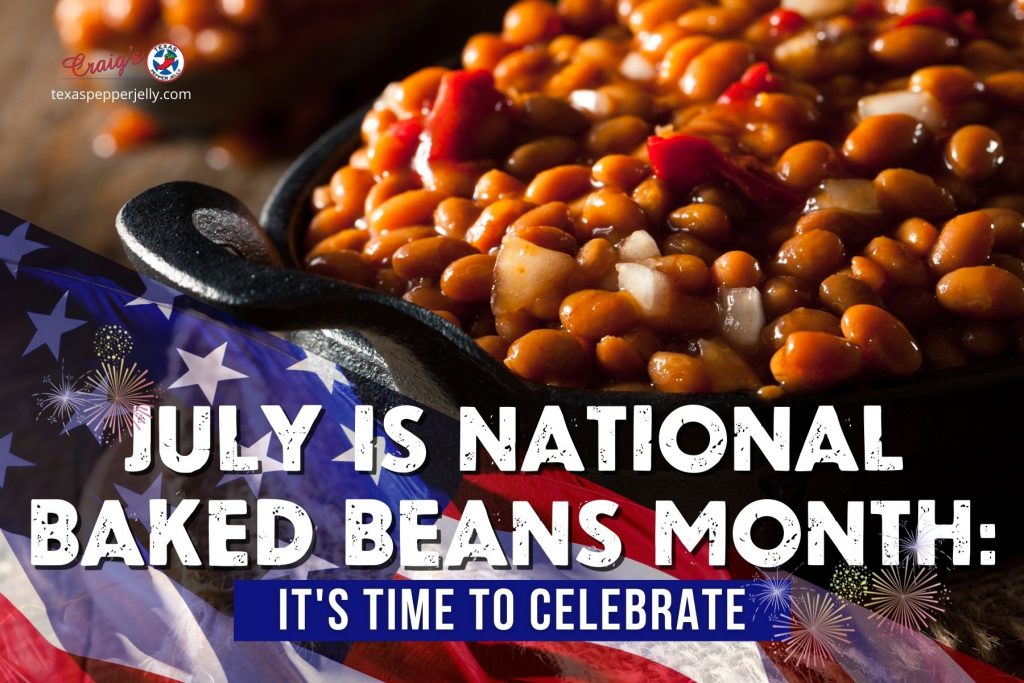 July is National Baked Beans Month: It's Time to Celebrate

Did you know Independence Day isn’t the only national holiday in July? The month is also National Baked Beans Month, which means it’s time to celebrate these delectable legumes by discussing their history and how to make your own with just a handful of ingredients. With that said, let’s get started.

Before we tackle the baked beans backstory, you should know that the ingredients, including the type of bean used to make baked beans, can vary depending on where you live and who you’re talking to. Some people prefer white beans (navy or cannellini) in their recipe, while others like to mix things up and go with more than one type of bean (kidney, black, butter, even lima beans) in their baked beans recipe. Other ingredients vary as well, three of which are rather popular; bacon, brown sugar, and maple syrup. You may also find baked beans that contain lesser-used ingredients like molasses (looking at you, Boston), bourbon, ground beef, peppers, root beer, or curry. Of course, you can also enjoy canned baked beans, but we recommend sticking with the real deal because you can’t beat it. Sorry, Bush’s!

The History of Baked Beans

Historians debate the origin of baked beans; some suggest Native Americans were first to prepare slow-cooked dry navy beans with venison or bear fat along with maple syrup, at some point sharing the practice with European settlers, which in turn developed their own recipe using molasses. Other experts claim we have early Spaniards and North Africans to thank for their traditional sabbath dish called “skanah” as the precursor to the baked beans we know today. Most baked bean recipes, steeped in tradition, find their way from generation to generation, with a few adaptations along the way.

The Heinz company began canning baked beans commercially in Pittsburgh, PA., back in 1895. Nine years later, it started exporting to Europe, where they now have a company base that continues to produce baked beans (spelled Beanz oversees). Shortly after that, in 1908, A.J. Bush started making his version of (Bush’s) baked beans in Chestnut Hill, Tennessee. So, what’s the difference between the two? Heinz baked beans are in a tomato-based sauce, whereas Bush’s are not.

Are you looking to shake up your traditional baked beans recipe? Give this one a go! It includes a mix of beans with some Texas Pepper Jelly that will surely get your family and friends coming back for more.