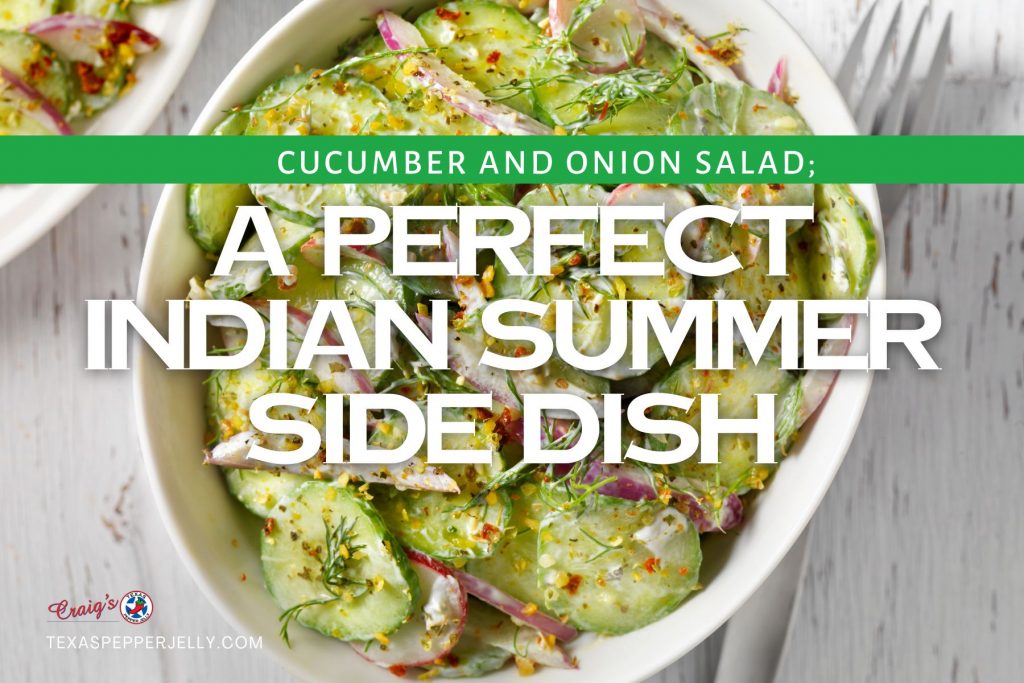 Cucumber And Onion Salad; A Perfect Indian Summer Side Dish

A delicious, refreshing cucumber and onion salad during some of the year’s warmest months? Yes, please! While the summer of 2022 has officially hit the history books, an Indian summer or second summer brings us some of the most beautiful and sometimes the hottest weather of the year. Perfect for a chilled, yet spicy salad. What exactly is Indian summer? Let’s find out:

Although you most likely hear the term Indian summer or second summer to describe a warm spell during the autumn months, according to Almanac.com, it traditionally refers to more specific criteria:

Its origins remain unknown; the first record of Indian summer was in 1778 in a book, Letters From an American Farmer, by J. H. St. John de Crèvecoeur, a French-American soldier turned farmer. Even though this weather phenomenon typically occurs in the central and eastern United States, Indian summers are also known to occur in Europe, where it is called Old Wives’ summer or All-hallown (yes, that’s how they spell it) summer. Other names include St. Martin’s summer, St. Luke’s summer, and Allhallow summer.

Do you know what else this time of year entails, besides Halloween trick-or-treating and prepping for the year-end holidays? It means tomatoes, cucumbers, and peppers.  Sometimes, far too many; how can we possibly use them all?

Our Twisted Cucumber and Onion Salad recipe is an excellent way to use up any extra crops. We have to say, there’s just nothing like a cold salad for lunch during warmer days, and this one fits the bill. While the twist of TPJ Pepper Jelly adds some heat, it’s not enough to get you sweating unless you opt to use our new Ghost Pepper Jelly. That’s a whole other topic. 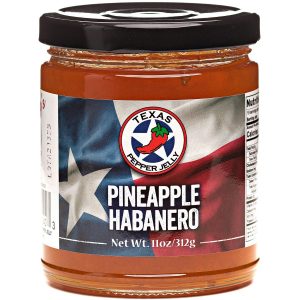 This cold salad is refreshing, nutritious, and a bit “different.” It’s perfect for lunch on a hot Indian summer or a second summer day.