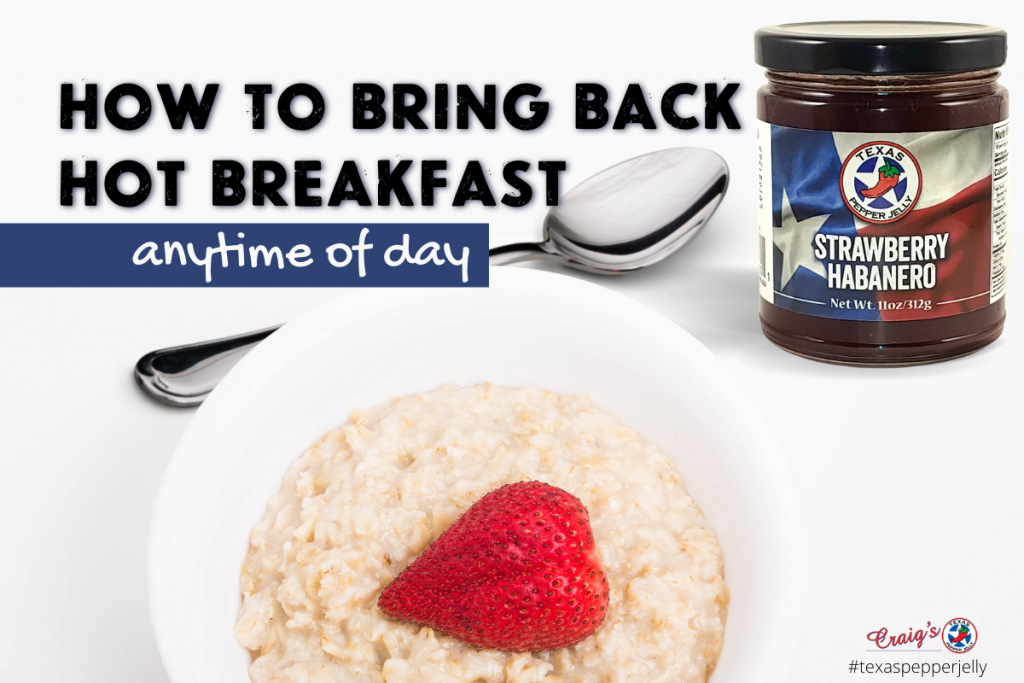 How To Bring Back Hot Breakfast Anytime Of Day

Hot breakfast is one of the best meals of the day. Have you ever heard someone say, “Hey, let’s have dinner for breakfast”? Unless it is leftover cold pizza…it’s probably not gonna happen. But having breakfast for dinner (otherwise known as brinner), well that’s a thing and has been for as long as we can recall.

While people have been eating breakfast at different times of the day you probably aren’t hearing “want brinner?” much right now. It seems as though cold breakfasts or fast breakfasts are taking over. And seriously, does cereal or a granola bar for dinner really sound good?

Now, we don’t think the world will end if hot breakfasts go away, but why risk it!? We say bring on the hot meal and let’s even spice it up with some Texas Pepper Jelly breakfast recipes! In fact, according to Penn Medicine spicy food may have significant health benefits (as long as you don’t have digestive issues), so we are bringing you some non-traditional breakfast ideas to help you out!

Cinnabon doesn’t have anything on our hot cinnamon rolls!

With travel picking back up there is an increase in airport patrons. Which means more Cinnabons will be consumed. Who doesn’t love a good airport treat?

There is also an increase in hotel stays. During the height of the pandemic, hotels did away with hot breakfasts and are now starting to slowly bring them back. Including one of the more popular hot items which just so happens to be a cinnamon roll.

There must be something about a hot cinnamon roll. Maybe it’s because they are an easy inexpensive hot breakfast! So cheap they are generally free at the hotel’s complimentary breakfast bar.

Guests simply pick one up off the tray (the more icing the better) and pop it into the microwave. Boom! 15 seconds later they have the most important meal of the day covered.

For those who aren’t traveling or tend to stay home even when there isn’t a pandemic, we have a better at-home version. It’s our Cinnamon Rib Candy Rolls. 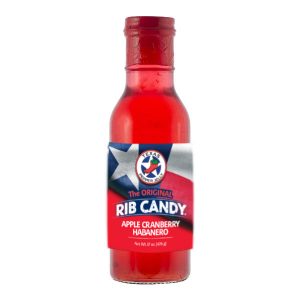 It is really easy to make these fabulous cinnamon buns. Bake the rolls per the package. While they are in the oven, take the prepackaged icing, put it in a small bowl, and add as much or as little of the rib candy as you want. We suggest you taste it as you blend to be sure to get the right amount of heat.

Don’t taste it too much though, you may run the risk of eating it all before the rolls are done. If by chance that happens, well then do the standby and just pour the Rib Candy directly over the hot cinnamon rolls.

These cinnamon rolls make a great late-night snack, too!

How about dessert for breakfast? Did someone say ice cream?

Have some old freezer-burned ice cream in the freezer? Don’t get rid of it. Eat it with your next meal. Not actually as your meal. Use it to make your next hot batch of french toast.

How do I make french toast with ice cream?

Ice cream is made from cream and eggs and other flavorings like vanilla.

French toast batter is milk (or cream) and eggs…same thing! The other flavoring like praline, walnut, coffee, or almond in your ice cream is just a bonus.

The way to use the ice cream as your batter is to scoop it into a small square microwavable casserole dish. (About 3 medium scoops is enough for 6 pieces of bread) Place the casserole dish in the microwave. Melt the ice cream on high for 15 seconds at a time – stirring between each cycle – until melted. When it gets close to being completely melted, take it out and stir it the rest of the way.

You are off to the races. Prepare your french toast just as you normally would. Now you can officially tell the kids they can have ice cream for breakfast!

Feeling a little sleepy and it’s only lunchtime.

It is said that spicy food can boost your energy. UChicagoMedicine even wrote that it may even help you lose weight.

So why not throw together a spicy breakfast lunch, also known as brunch.

Eggs and sausage are a great brunch pairing. You can even put them together in a tortilla for an on-the-go tasty brunch taco. Or plate it for a breakfast scramble! No shame in having it as a sit-down meal, too. You can also craft this into a breakfast sandwich.

The eggs can be fried, scrambled, or sunny-side-up. You choose. And where are our ketchup on eggs fans? Raise your hand. Did you know we have Craig’s Habanero Ketchup just for you? Toss some on your eggs and you’ll never go back to regular ketchup.

As for the sausage, let’s make it hot. Since not everyone is a spicy fan you can make your own hot breakfast sausage patties. Simply buy some Jimmy Dean regular sausage and split it.

For those who like hot food add some of our Craig’s Chipotle Seasoning to your pre-cooked portion…or our Three Pepper Seasoning! You can’t go wrong with either one. Instantly making two flavors from one package.

Had enough of washing all the dishes during the holidays?

Make instant oatmeal for dinner! Instead of having a cold bowl of cereal, make it a hot meal.

Instant oatmeal is a fast, healthy breakfast, and you can add just about anything to it for added flavor.

Add your favorite fruit – blueberries, strawberries, apricots, etc…. But even better try adding some of our Texas Pepper Jelly instead. We have plenty of fruit flavors to choose from. And with so many, you’ll be hard-pressed to not find at least one you’ll like.