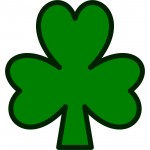 There’s a traditional Irish folk song called Colcannon, which is about a traditional dish often associated with St. Patrick’s Day. It goes like this:

“Did you ever eat Colcannon, made from lovely pickled cream?
With the greens and scallions mingled like a picture in a dream.
Did you ever make a hole on top to hold the melting flake
Of the creamy, flavoured butter that your mother used to make?”

Yes you did, so you did, so did he and so did I.
And the more I think about it sure the nearer I’m to cry.
Oh, wasn’t it the happy days when troubles we had not,
And our mothers made Colcannon in the little skillet pot.”

This is a very simple dish, traditionally made from items easily found on a farm. With a little Texas touch, it’s even better!

Let’s make some for St. Patrick’s Day. Here’s how:

6 large potatoes, peeled and boiled
1 cup finely chopped onions or scallions
1 cup milk (in Ireland, one would use cream. Use it if you want!)
1/4 cup Texas Bird Bath, any of the sweet flavors
8 oz. kale, finely chopped (canned is fine – be sure to drain it really well)
1 cup finely shredded cabbage
6 slices of bacon, cooked to a crisp and crumbled
3 tablespoons butter (don’t use margarine)
dash salt
dash pepper
2 tablespoons chopped parsley

Colcannon will look a lot like mashed potatoes with green and brown lumps. Appearances are deceiving, though. This stuff is really GOOD.

Serve hot. Set out a lot of extra butter. And more Texas Bird Bath. Most people serve this with corned beef, but honestly, it’s good with almost any kind of meat. Or even alone, with a salad. It’s full of bacon, after all.

If there’s any left over, Colcannon makes great fried potato cakes for breakfast.