Posted at 23:31h in Craig's BBQ Sauce by craigs

Fourth of July is fast approaching, and what’s the glorious fourth without some delicious barbecue? The problem is, it’s hot outside. Temperatures are in the high nineties here, and several days, we’ve hit a hundred. What do you do when your family begs for BBQ, but you really don’t want to fire up your grill? Gas, charcoal. . . it’s too hot!

Answer: Barbecue those pork chops in your crockpot. 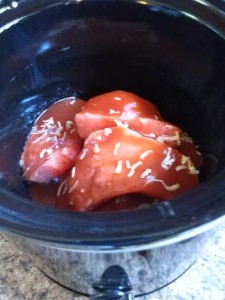 I said “pork chops” up there because that’s what we had for dinner tonight, but really, you can throw any kind of meat into your slow cooker, add some Craig’s BBQ Sauce and a little chopped onion, and the neighbors will call and ask if they can join your family for supper. Pork, chicken, lamb, beef. . . whatever you’ve got in the fridge or freezer – just pop it into your crockpot and go.

If you’ve taken it out of the freezer, you don’t even have to thaw it before you put it in the slow cooker. Just make sure you let it cook for at least six hours on low and four hours on high.

Crockpot barbecue is so easy and effortless. Just place the chops or roast or whatever cut of meat you’ve got into your crockpot, pour a cup of Craig’s BBQ 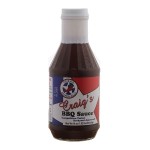 This is the best barbecue sauce you’ll ever taste.

Sauce over it, add a handful of chopped onion, replace the lid, set the crockpot on high or low, depending on how long it’s going to cook, and go about your business.

These boiling hot summer days are the perfect time to use your crockpot. It doesn’t heat up your house, as your oven would, and you don’t have to stand out in the back yard in the broiling sun, turning meat on your grill while your family waits in the air-conditioned house.